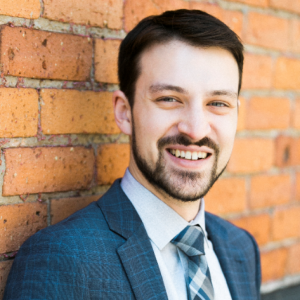 The Supreme Court has refused to hear the appeal on a major employment case, and now many employers will have to adjust their contracts and workplace policies. Many termination clauses in employment agreements are now invalid. One exception, under O. Reg. 288/01, remains available, but many employee contracts will need to be updated to remain valid.

The decision in Waksdale v. Swegon North America Inc. by the Ontario Court of Appeal has serious implications. The Court of Appeal has stated that if any part of a termination clause violates the Employment Standards Act, 2000 (“ESA”), the whole clause is void and unenforceable.

The Court also said that an employee fired “for cause” may still be entitled to their one-week-per-year termination pay under the ESA. This could mean that a clause denying termination pay outright is invalid, opening the door for the employee to claim additional termination or severance pay.

With the Supreme Court of Canada refusing to hear the appeal on January 14th, 2021, the Court of Appeal’s decision remains the law in force for the time being

Termination Clause in Employment Contracts
Termination clauses are often drafted in employment contracts, and their principal goal is to limit employee’s entitlement to the minimum under the ESA. In the absence of a termination clause in a contract, employees can claim entitlements under common law, which can be significantly more generous than the ESA minimum. However, with the Waksdale decision, employment contracts may not be able to provide this limitation to an employer, even in circumstances where the employee was fired for cause.

The Court emphasized that the severability clause did not save the otherwise enforceable termination clause. In normal circumstances, a severability provision would save the remaining provisions and keep them enforceable, even if a specific provision is illegal or null. In this case, the Court noted that “in conducting this analysis, it is irrelevant whether the termination provisions are found in one place in the agreement or separated, or whether the provisions are by their terms otherwise linked.”

Takeaway for Contracts Law
The Waksdale decision is a reminder of Canadian courts liberal approach to employment law. The Courts recognized “the power imbalance between employees and employers, as well as the remedial protections offered by the ESA”. The Court of Appeal decision underlined that “while courts will permit an employer to enforce a rights-restricting contract, they will not enforce termination provisions that are in whole or in part illegal.”

One Door Left Open
The ruling in Waksdale virtually eliminates employers’ ability to fire employees without paying at least the one-week-per-year termination pay under the ESA. However, one exception still remains in force. Under the ESA, there exists one regulation, O. Reg. 288/01, that allows employers to fire employees with no termination pay or prior notice. This is a limited exemption for employees guilty of wilful misconduct (as defined in that Regulation).

A properly drafted employment contract can include a clause which, in proper circumstances, permits an employer to fire an employee under O. Reg. 288/01, without owing any termination pay or severance.

SCC rejected the Application for Leave to Appeal
A significant development took place on January 14th, 2021, when the Supreme Court of Canada decided to not hear an appeal in the Waksdale case. With this ruling, the Appeal Court’s decision became final, and will remain the state of law for the time being.

Need your employment contract updated? Email SM Legal’s founding lawyer, Samuel Michaels: sam@smlegal.ca. If you have any questions regarding the Waksdale decision or other employment related issues, you may contact us at contact@smlegal.ca.

Have a question? Thinking to incorporate? Contact SM Legal.

Include relevant documents to receive the most appropriate and immediate action. All responses in one business day.

Thank you for your inquiry, upon receipt of your submission we will send you our incorporation form. Replies within one business day.

Thank you for your inquiry, upon receipt of your submission we will send you our Terms of Sale & Privacy Policy order form. Replies within one business day.

Thank you for your inquiry. The service is $25/page. We encourage you to upload the contract for fastest possible service. Replies within one business day.

Fill in the details below and you will receive a reply within one business day.

Be notified first about the latest events and content from SM Legal.